Nothing can spoil a binge session of “Game of Thrones” on your home cinema setup like flashes of colored lights on your screen. This infamous, momentary flashes of blue, green, and red shadows are known as the DLP Rainbow Effect.

Also known as color breakups, the rainbow effect is perceived as brief stints of sequential light flashes. These disturbances show up, especially when a bright object shows up against a darker background in the projection. While some people do not notice this distortion, it is quite disturbing for those who do.

Looking for a new projector? Check out the prices for these products on Amazon.

The Cause of the DLP Rainbow Effect

The rainbow effect is possible on a broad range of DLP projectors that use single chips. This phenomenon occurs because these projectors use separate chips that produce color sequentially (red, blue, then green.) That is, the projector displays all of an entire color before moving on to the next.

However, this color reproduction occurs at speeds that are undetectable to the eye, allowing us to see all the produced colors as a single image. On cheaper and aged DLP projectors, this color production is handled by a rotating color wheel.

The DLP rainbow effect is often noticed on the images from older and cheaper projectors which sport slower color wheels. The tricolor production is seen by some people on projectors with such slower wheels, especially when a bright (white) object shows up in the film. White portions of the screen are made by flashing all three color parts (red, blue, and green) at once, making the rainbow distortion markedly visible.

What projectors are affected by the DLP Rainbow Effect?

Virtually all DLP projectors exhibit the rainbow stroboscopic effect. However, the effect is more easily noticed in older and cheaper projectors that sport slower rotating balls. The faster the rotating ball, the lower chances of a user experiencing the effect.

Who can see the DLP Rainbow Effect?

The Rainbow effect affects only a small portion of projector viewers. However, for this lot, it can be particularly troublesome.

For the highly susceptible, the rainbow effect is an absolute deal breaker, and their only option is getting a projector that works around this problem. Others are mildly susceptible, and only notice the light strobes when they fixate on them.

Fortunately, a lot of viewers do not experience the effect at all. However, even if you fall into this category, it is important to note that the effect will be noticed by a percentage of your co-workers and family.

How to Minimize the DLP Rainbow Effect

People who are only mildly susceptible to the DLP rainbow effect can learn to live with it. With practice, they can even stop noticing altogether. In such cases, the user only sees the effect when doing rigorous head movements. Furthermore, the effect is only noticeable when a prominent white object shows up against a darker background.

For severe cases, your best option may be getting a new projector. Newer DLP projectors feature faster speeds that make the DLP rainbow effect less likely to show up. Another alternative is getting a projector such as this Optoma LED projector. LED further reduces the chances of the distortion popping up.

LCD projectors such as Epson Home Projector eliminate the DLP rainbow effect but cost a tad more than DLP projectors. 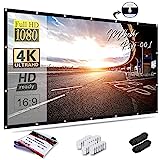 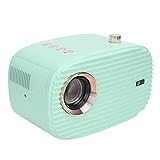 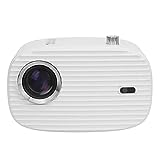 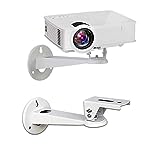 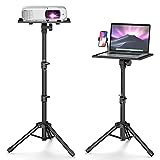